7 Tips for Young Women in the Workplace

There has been a lot of interest lately centered on helping women succeed in the workplace.  Among the more high-profile endeavors: MSNBC’s Mika Brzezinski seeks to empower women on her “Know Your Value” national tour, based on her book of the same name.  And Facebook COO Sheryl Sandberg, through her book, Lean In, and related website, encourages young girls and women to “lean in” to their ambitions and to speak up so their voices are heard.

I applaud these efforts and others, as many of the career-limiting factors that I began speaking about more than 20 years ago are still evident today, and affecting a new generation of young women.

• A newly appointed vice president who said that she had never thought about becoming a CEO until her mentor told her, “You could be running this place in a few years.”

• An unmarried college student who decided not to become a physician (her career choice for many years) because she wanted to “have a life.” She hoped to marry and have children, and decided that she couldn’t have a successful family life and a career as a physician.

• The young woman who became all-but-invisible in her office because she rarely voiced her opinion.  On the rare occasion when she did say something, she spoke so softly that no one heard her.

• The (formerly) successful businesswoman who said, “My husband does very well. I don’t have to work.” Yet she was bored at home and missed the challenges she had encountered at work.

Though these examples touch on very different scenarios, they highlight how women can hobble themselves and restrict their careers through their own actions. Before women can take control of their lives and their careers, they have to recognize what they are doing to handicap themselves. Here are my suggestions:

1. Don’t set limits on yourself. Be open to opportunities. Aim high. More and more women are advancing in the workplace. You can be one of them. The vice president cited above noted that once her mentor expressed the possibility of her advancement, she began thinking that she could become the CEO of her company.

2. Don’t limit your options based on an unknown future. No one knows what the future will hold. There always will be obstacles, regardless of your choices. If you are smart enough to advance, you will be smart enough to find solutions. I know a number of career women, including physicians, who successfully balance having children and a career.

3. Appreciate history. Learn about the struggles of women in the past. Had it not been for the efforts of women before you, many of the opportunities that you have today wouldn’t exist. I wouldn’t have been hired by the Philadelphia Bulletin in the late 1970s as that newspaper’s first female photojournalist (my first profession) had it not been for the women of the New York Times who fought for parity in the newsroom. A Pulitzer Prize-winning reporter, the late Nan Robertson, wrote about the lawsuit in her book, The Girls in the Balcony.  Oprah Winfrey said, “I have crossed over on the backs of Sojourner Truth and Harriet Tubman and Fannie Lou Hamer and Madam C.J. Walker. Because of them I can now live the dream. I am the seed of the free, and I know it. I intend to bear great fruit.” 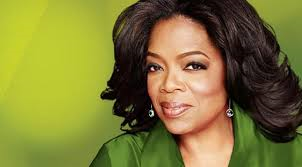 4. Learn from others. Have role models and mentors. What have they done that you can incorporate into your career? A woman in one of my seminars had four young sons, worked full time, and still found the time to earn her MBA. To help manage family and career, she had a to-do list that included weekly family meetings to discuss the upcoming week’s activities.

5. Support and encourage your friends and colleagues. Madeline Albright, first woman U.S. Secretary of State, said, “There is a special place in hell for women who don’t help other women.” Sometimes, telling a colleague that “You can do it!” will encourage her to go back to school. Helping a friend out when she needs an emergency babysitter may allow her to attend her night class. Remember, there’s truth to the saying, “what goes around, comes around.”

6. Pick the father of your children wisely. Once you have children, life gets more complicated. You will want someone who is a partner in every sense, someone who supports you and your career.

7. Present yourself assertively. Learn what you are doing, verbally and nonverbally, that could be detracting from your power. Speak up and let people know your opinions. Ask for what you want. There are numerous classes and books available that can teach you to present yourself assertively, including my free Special Report: 5 “Power” Essentials Every Working Woman Needs to Know, and my book, The Power of Positive Confrontation.

There is not one perfect career path for everyone, but you want to be in control of your career. Explore your options, and think about what you really want. Why not go for it? You may be surprised at how successful you will be!

Pachter & Associates provides women's seminars and coaching for business women. For additional information, please contact Joyce Hoff at  joyce@pachter.com or 856..751.6141.
Posted by Barbara Pachter at 6:51 AM